Good news for PS5 fans! They have to wait no longer for Play Station 5, here is when PS5 could arrive.

As per Sony, they are going to launch their upcoming gaming console this holiday season, and still, there is no reveal and release dates yet. Sony has tightened the lips about PlayStation 5 and no official confirmation has announced but according to a leak, PS5 will be revealed on Tuesday, June 2. 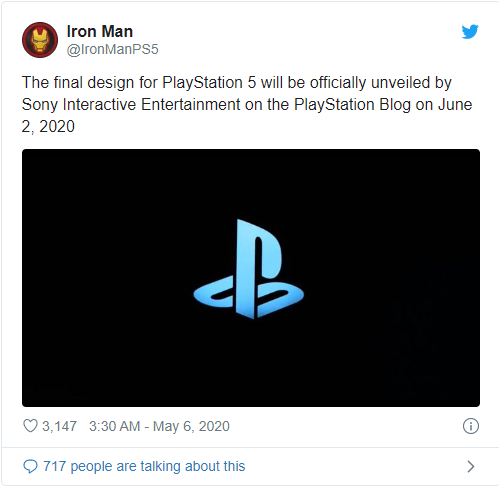 After the reveal date, users would be able to pre-order the Sony’s next-gen gaming console.

PSErebus added that PS5 will be released on November 20, 2020, and this is the most exciting information for all PS5 fans. But is there any truth in this statement of PSErebus because in the past PSErebus has claimed that in March fans would be able to pre-order PS5 and March has gone and there is no such news yet. Maybe it happened because of Coronavirus.

Apart from pre-order date PSErebus also made other statements about PS5 that were false so we can’t say whether the next-gen gaming console will be revealed on June 2 or not.

Doesn’t matter the leaks are true or not, just wait until June 2 to consider the truth.