Here is bad news for private firms, yes, now the private companies would not able to buy .org domain. ICANN blocks controversial sale of .org domain to a private equity firm. The dot-org is a digital real estate which is the home of millions of nonprofits, nongovernmental organizations and community groups.

Maarten Botterman, the chair of ICANN, wrote in a blog post that after all the considerations were weighed, rejecting Ethos’s proposed bid was “reasonable, and the right thing to do.”

.org is one of the best known cyber platforms to nonprofit organizations. This the Internet’s domain name system denied selling the domain to the private equity firms for more than $1 billion. This is bad news for the private organisation from the domain systems. The .org domain registrar is running by the  Public Interest Registry which is also a non-profit subsidiary of Internet Society. The .Org domain comes in existence in 2002 by PIR. 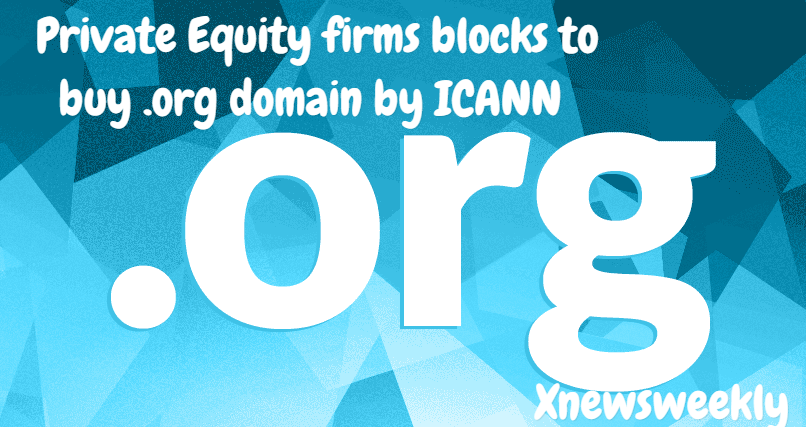 The concern behind Private Equity firms blocks to buy .org domain by ICANN

One of the main reason the ICANN took this step of blocking.Org domain for private firms is the debt owned by PIR. As the.Org is currently running by PIR (Public Interest Registry) which is loaded with debts. The PIR Tooks $360 million in loans to the smooth mechanism of .Org organisation. So the org needs to generate revenue to pay off the loan and to run the .org registry.

So it was necessary for PIR to block the private firms owning.Org domains. The .Org used to earn extra revenue in millions every year to help the internet society, In 2018, PIR generated revenue of $95 million in revenue. Ethos submitted financial projections showing that the registry would continue to be profitable enough for PIR to comfortably pay down the $360 million loan.

But its just a projection that could be wrong and if the things will not go in favour, the organisation can have an extra $360 million in debt, and the result is it will be facing financial difficulties and will affect the stability of .org domain.